The address parser and address standardizer, are part of the Gisgraphy project (free open source worldwide geocoder). Address parsing is the process of dividing a single address string into its individual component parts :

Here is a non exhaustive list of functionalities :
It implements all the Universal Postal Union specifications, PObox, common usages frequently used in each country (street intersection, workarounds,...).
What's an address / what's not : to sum up, an address is a place where you can send a letter or whare someone could live : A simple city or zip are not considered as an address, a street name is not an address without the city,.... The parser should handle this successfully (No warranty are given) even if the parser is designed to handle REAL addresses.

It normalizes street number, unit, pre and post directions, ordinal number, city aliasing, spell correction for street names (US only in current version but can be implemented for other countries if required), state, and correct the case. The standardizer provides an easy way to correct addresses and detect duplicates. This can be useful for CRM or mailing software as it offers the possibility to check that addresses are duplicated : Please note, there is no consistency checking : it does not check if a street is in a city, if a zipcode is in this state, if a city exists, and so on. It should be seen as a lexical correction.

While Address parsing is the process of dividing a single address string into its individual component parts, Formating does the opposite : It takes an structured address and returns a string as if it was writen on an envelope. Technically, it is a post-processor that puts the components in the right way, according the country specifications.
Several modes are available :

Additionaly it can produce address written from left to right or right to left, according the language (e.g : if writen in Arabic, or in Chinese, an address is not writen the same way as in Roman script)

Actually 70 are implemented. If you need a country that is not listed here, please contact us : 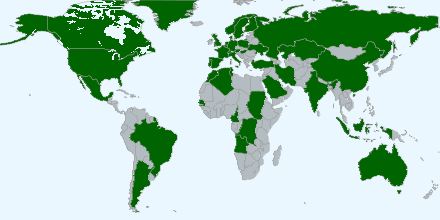 If you need to batch process a lot of data and don't want to buy the parser, we can batch process your addresses. The price depends of the ammount of data.

You can run several batch processes at once because the parser is multithreaded.

The Java library can be embedded into your software, but can also be used as a REST webservice (hosted on your servers) via the address parser HTTPconnector. The webservice supports various output formats that eases the integration in your favorite language (PHP, RUBY, PYTHON, JSON/Javascript, YAML) but can also produce XML. This ensures that you can use it in any language, since you can do an HTTP request and parse XML or json.

Get your copy of the parser !

Test the relevance with the online version, ask for an evaluation version free of charge